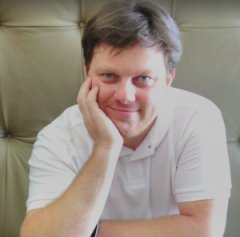 I am currently a Senior Lecutrer and Researcher at LabSEC (Computer Security Laboratory) – Universidade Federal de Santa Catarina. I am currently working on authentication protocols for telemedicine environments, on the formalisation of security ceremonies, the desing of IoT-tailored security protocols and Blockchain Applications. I am also a visiting lecturer in Computer Science at University of Hertfordshire working mainly as project supervisor for B.Sc. and M.Sc degrees. I received my degrees in Computer Science from the Federal University of Santa Catarina (Bachelor/2001 and MSc/2005 – supported by RNP) and where I current live. I spent sometime in Milan/Italy during 2005 pursuing some personal projects. After that I spent 5 years in the UK first as a PhD student at the Computer Lab – Cambridge University (supported by CAPES Foundation/Brazil, Cambridge Overseas Trust and Cambridge Overseas Research), working with formalizations on cryptography protocols under supervision of Professor Lawrence C Paulson and after as a Visiting Lecturer at University of Hertfordshire.