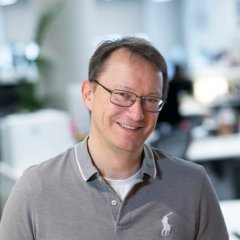 Mark Harman is an engineering manager at Facebook London, where he manages the Sapienz team, working on Search Based Software Engineering (SBSE) for automated test case design and fault fixing. Sapienz has been deployed to continuously test Facebook’s Android and iOS apps, leading to thousands of bugs being automatically found and fixed (mostly by developers, but more recently, some of these faults have also been automatically fixed by Sapienz). The software tackled by Sapienz consists of tens of millions of lines of code; apps that are among the largest and most complex in the app store and that are used by over a billion people worldwide every day for communication, social networking and community building. Mark is also a part time professor of Software Engineering in the Department of Computer Science at University College London, where he directed the CREST centre for ten years (2006-2017) and was Head of Software Systems Engineering (2012-2017). He is known for his scientific work on SBSE, source code analysis, software testing, app store analysis and empirical software engineering. He was the co-founder of the field SBSE, which has grown rapidly with over 1,700 scientific publications from authors spread over more than 40 countries. SBSE research and practice is now the primary focus of his current work in both the industrial and scientific communities. In addition to Facebook itself, Mark’s scientific work is also supported by an ERC advanced fellowship grant and by the UK EPSRC funding council.