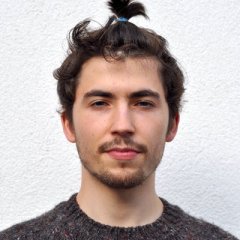 PhD at School of Computing, University of Kent (ongoing)

I am collaborating with my supervisor Dominic Orchard (Kent, UK) and Harley Eades III (Augusta, GA) on Granule, a linear functional language with graded modal types. This is a continuation of research I started during my undergraduate degree. I was awarded a funded research PhD position to continue work in the area of linearity and graded modal types from September 2018.

Internship at School of Computing, University of Kent (2017)

In the context of CamFort, a static analyser for Fortran source code written in Haskell, I evaluated the possibility of discharging units-of-measure checking and inference to an off-the-shelf SMT solver (Z3). This was my first time both working on a serious Haskell codebase and using SMT solvers.

I worked on extending email preferences for customers of a major Google product. My project involved using Java 8 streams within Google’s infrastructure.

In the context of a distributed ledger infrastructure built using Haskell, I worked on adding permissions and statically checking absence of concurrency bugs for concurrent, multi-party workflows.